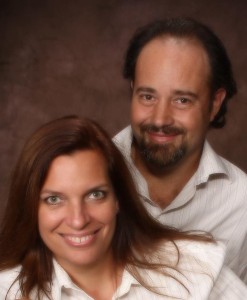 What began as a family, short-term mission trip in the summer of 1998 has resulted in a life-long labor of love in Wellston, MO.

As they were landing in a bumpy clearing in a Bolivian jungle in a small twin-engine plane, Jim & Tammy McGarry knew their lives were forever changed. The small village needed an industry to help men work locally, instead of leaving their families to work in the city. The surrounding forest provided the resources for a wood industry. They just needed the skills.

The invitation to stay as long-term missionaries was a dream for Jim, a master carpenter and his wife Tammy, his partner in life & business. They loved the idea of passing along the trade while farming & living in a remote village. But no matter how hard the McGarry’s wished it to be God’s will for them, they knew He was calling them to serve in their home town of St. Louis. The seeds for full-time ministry had been planted, and the journey to what is now More Than Carpentry Christian Ministries began.

The start was slow. Jim hired men into his cabinet shop who lacked work experience, even ex-offenders. He & his wife soon realized that those they were hiring needed more support than the two could give and that their business could not survive financially. Believing God had called them to this, they trusted Him to make it happen.

They attended Christian Community Development Association conferences, laying the foundation for their philosophy of incarnational ministry. In 2005, they created a 501(c)(3) organization and in 2006, moved their business & ministry to Wellston, an area of St. Louis with great need for economic opportunity & community restoration.

With the help of literally hundreds of volunteers, the building was emptied & cleaned.

Based on best practices & successful apprenticeship models, Jim & Tammy developed a comprehensive apprenticeship program with two separate tracks: cabinetmaking & carpentry, and in 2009 they received the approval of the Department of Labor Office of Apprenticeship.

While building the foundation for an effective non-profit, they also built relationships with neighboring residents, city leaders, churches, & other organizations in the area. They purchased a home in Wellston (and are rehabbing it to move in). They formed partnerships for community clean-up projects, and began hosting an annual community Fall Festival.

By 2010, a strong foundation for ministry had been laid, and it was time to begin the program. Small classes of students were enrolled into the full-time 18-week cabinetmaking class. In 2012, after three completed sessions, they evaluated the effectiveness of programs. As a result, the apprenticeship was restructured into a one-year session with part-time classroom and part-time on-the-job learning, allowing apprentices to earn wages from the very start and providing immediate financial incentive for good work habits. The growing Staff & Board are anxious to open enrollment into the newly structured program in 2013.

Though entry into the apprenticeship program is pending funding, MTC partnerships with Wellston neighbors continue to blossom, including a Community Garden, an Annual Fall Festival & Christmas Caroling, and a Community Class for strengthening financial management skills!

Theme by Anders Noren — Up ↑